Homework Idea – Online Comic Strip Creation. How to use a variety of free online tools to create comic strips with students.

Make a Cartoon of Your Favourite Joke

Our world is filled with all sorts of cartoons. Political, superheroes, manga, science fiction & humorous memes to name but a few. Students also spend time watching cartoon channels on TV and Youtube so I like them to experiment with using different tools to create comic strips.

Using one of the online sites below and make a two-panel cartoon strip of your favorite LAME / Dad joke. Aim to make your audience groan with just how lame the joke is.

– Make Belief Comics – This is my favorite.

– Stripcreator – lots of options on this one.

– Canva – Many parents have a Canva account so it is a good opportunity. 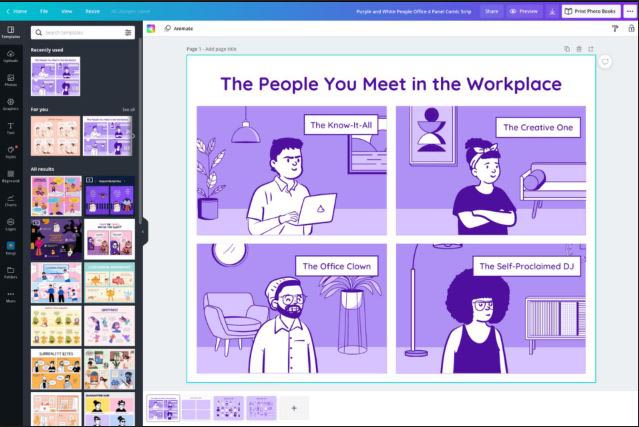 Possible Extension – take a screen capture of your comic strip and add it to your school blog, newsletter or wall display.

Comic Strip Task Two: Convert a well-known story or event into a comic strip using some of these tools

Comic Strip Task Three: Use the websites provided to produce a short comic strip about something you are passionate about.

Comic Strip Task Four: Using the websites above create a comic strip of a joke that will make an adult laugh. NB you will need to use a clever play on words rather than something that will make a child laugh.

Comic Strip Task Five: In a group of 4 convert a fable into a comic strip. Hints – You will need to sub-task a lot and be very clear on the design decisions you all make.

NB the tools for creating this type of comic strip are growing and changing all the time. If one site ‘disappears’ then take the opportunity to look for a new one.